There’s an old adage that says, “When people plan, God laughs.” This saying is a nod to theinescapable fact that the unexpected is just that: unexpected.

Between 2013 and 2017, my husband Icah and I had made the island of Tortola in the British Virgin Islands our part-time home. We’d fallen into a comfortable routine of spending the winter and spring months working at our respective beach jobs, with the balance of the year paradisaically split between Jamaica and leisurely travel. Little did I know, when I boarded my flight back to Jamrock in July of 2017, that just over two years would pass before I would set foot in this British territory again.

On September 6, 2017, Hurricane Irma – the largest Atlantic storm ever recorded – barreled across the vulnerable BVIs and a few other Leeward Islands. In its devastating path, Irma swept away life as many people had come to know it, as well as their intentions for the future … my own included.

Fourteen days later, Hurricane Maria would finish what its predecessor started. There were no words to truly illustrate the destruction that was meted out to these tiny islands. My heart broke into progressively tinier pieces as I observed the hardships my friends had to endure during the ensuing months. Although life would certainly go on, for the majority of the inhabitants who chose to stay, it was practically starting from scratch. 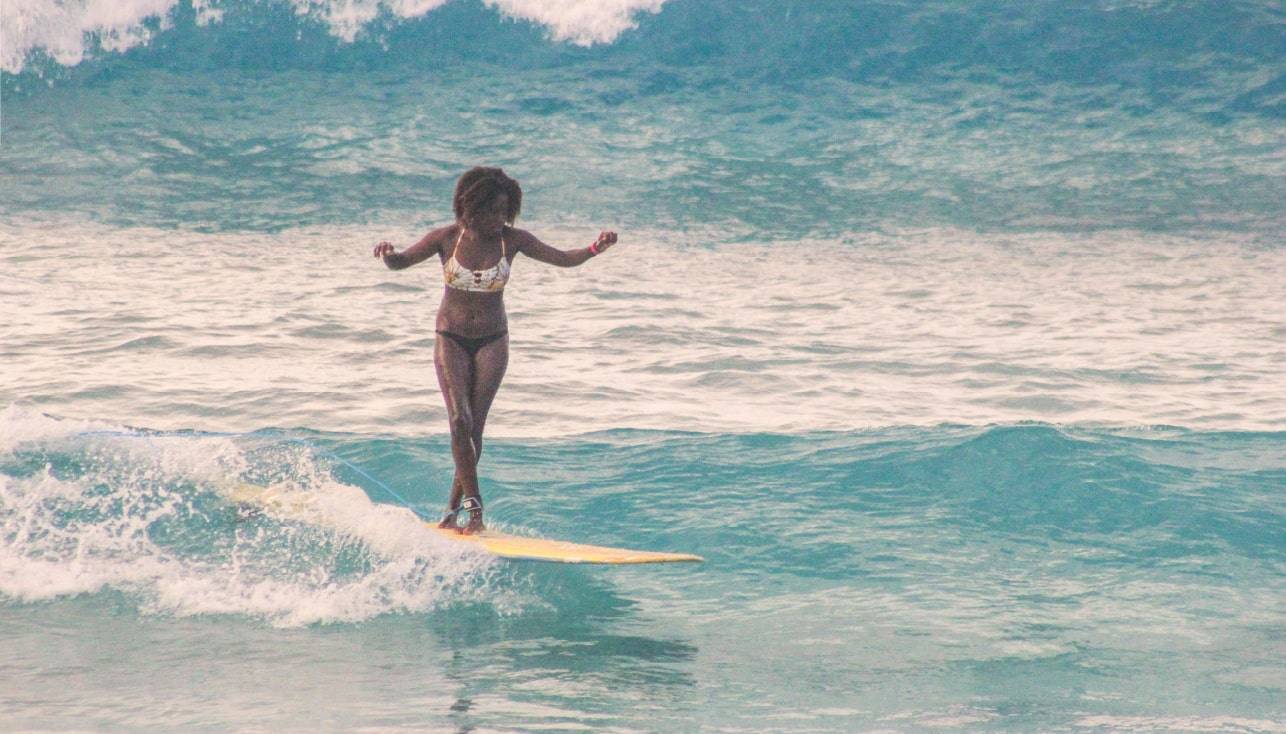 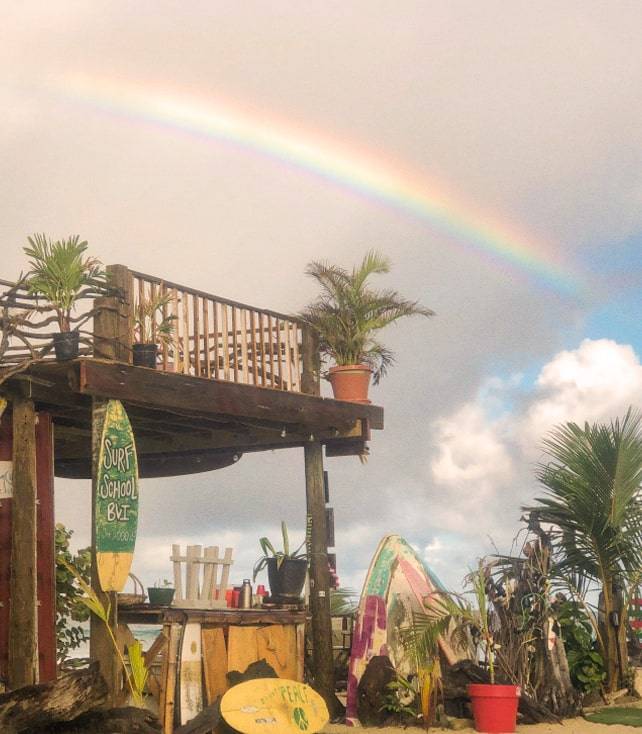 My return at the end of 2019 felt bittersweet. A mix of emotions, from anxiety and excitement to nostalgia and joy, sent my soul into a restless frenzy. I felt it all as my aircraft smoothly cruised over the archipelago bathed by the turquoise Caribbean Sea. From overhead, remnants of the devastation were still apparent. Derelict boats that had run aground due to storm surge still held their places from that fateful day – a chilling first sight for my long-awaited re-entry.

On land, it was both unbelievable and a tad bizarre to be back. From Beef Island (the island which housed the airport) to Josiah’s Bay which we’d made our seasonal home, I felt like a foreigner in a place I’d called home. Some things appeared the same but couldn’t be more different. So many buildings without windows and roofs still stood, skeletons of what they once were. Mangrove forests that were once lush were now graveyards, with their dry, leafless branches revealing the eerie, frozen postures that would be their final stand.

However, despite the tell-tale signs that a natural disaster had occurred, the raw and unquestionable beauty of the territory – specifically Tortola – survived. It was comforting to see that some of my old stomping grounds and the familiar faces that frequented them were still around.

Josiah’s Bay, the beach where I truly found my love for surfing, was not without its own changes. The two beach bars that held residence here were either gone with the wind or reduced to rubble. In their place emerged Near D’ Beach snackette, a “mom and pop” container cafe that offered just enough, with a free smile to make your day that much brighter. 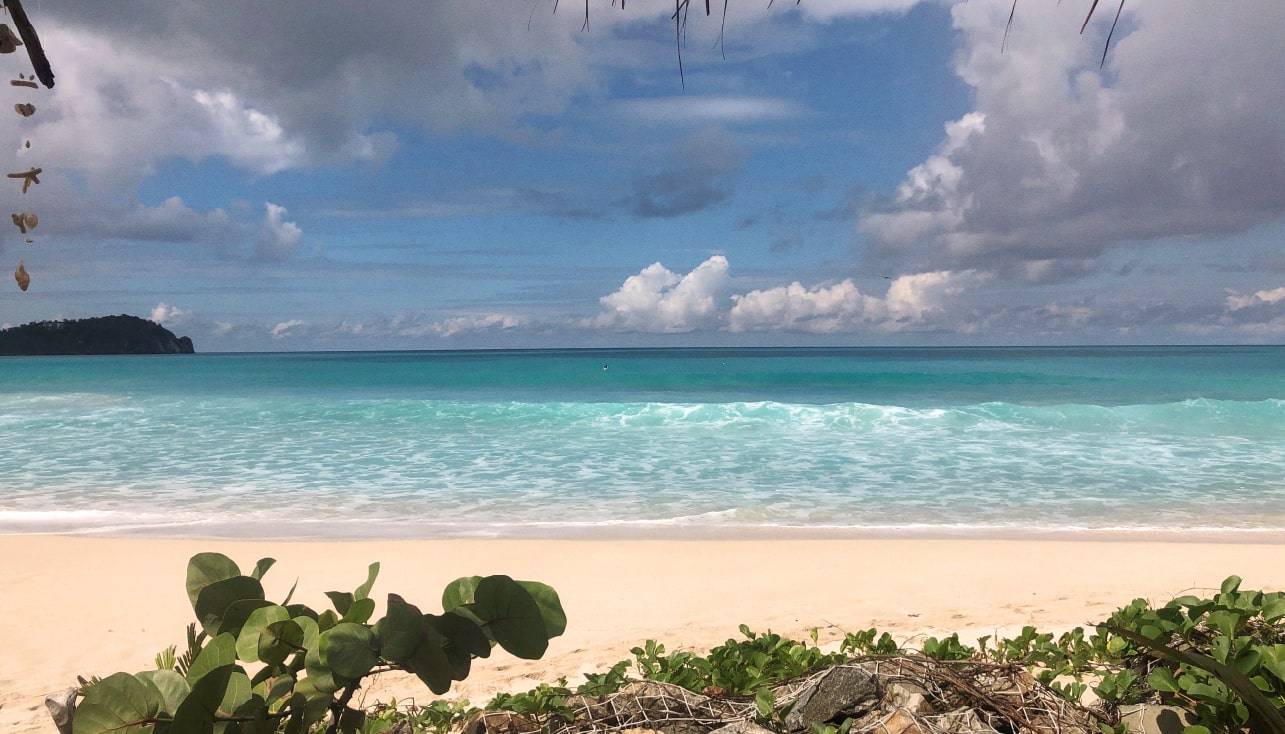 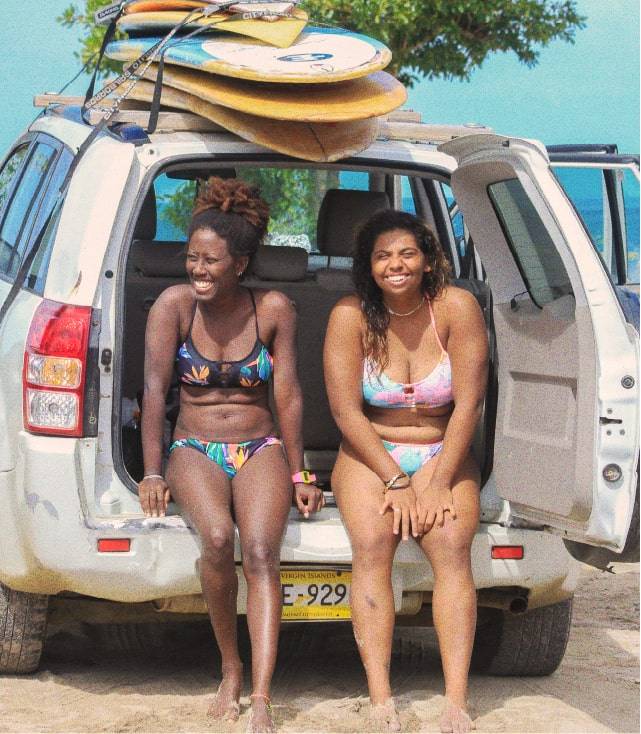 Surf School BVI, the territory’s only surf school (Icah was the Chief Surf Instructor), also rose from the debris new and improved in both infrastructure and energy. This was always an after-work and weekend hangout spot for the local and visiting surf community, but in the weeks and months post-Irma, it’d become so much more. It was where they found solace and familiarity in a place that had become virtually unrecognizable. The bond they share now is unequivocal.

As emotional as all of this was, nothing compared to the prospect of reuniting with my adopted little “surf sister” and local lady slider, Tiara. In the years gone by, we’d created a world around us, winning contests as a team, sailing around the islands, or engaging in some degree of tomfoolery that left us out of breath from boisterous laughter and everyone else with quizzical looks on their faces. Out of everything I missed about the BVI, it was her I cherished the most. We picked up where we left off: party waves at sunset and tandem surfs on the weekend, still laughing out loud at inside jokes and attracting befuddled stares from whoever was nearby.

One lazy Sunday, she took the time to accompany Icah and I on a drive around the 12-mile-long (19km) island. Throughout the excursion, she commented on the condition of the roads and buildings in the aftermath of the storm. Mounds of displaced items and vehicles damaged beyond repair lined the roadsides. No electricity for months, with hours-long queues to do laundry at the only functional laundromat on the island. This was real life for a commonwealth which was, and still is, considered to be one of the meccas of global offshore banking. 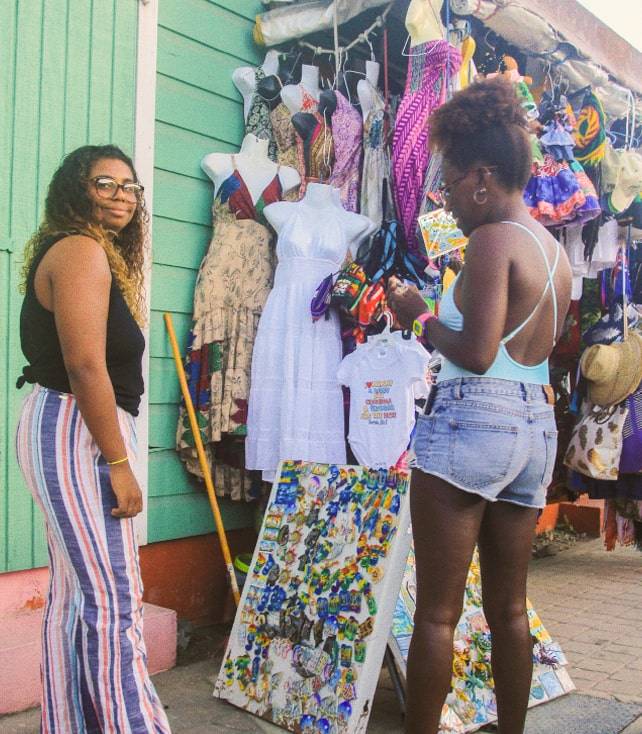 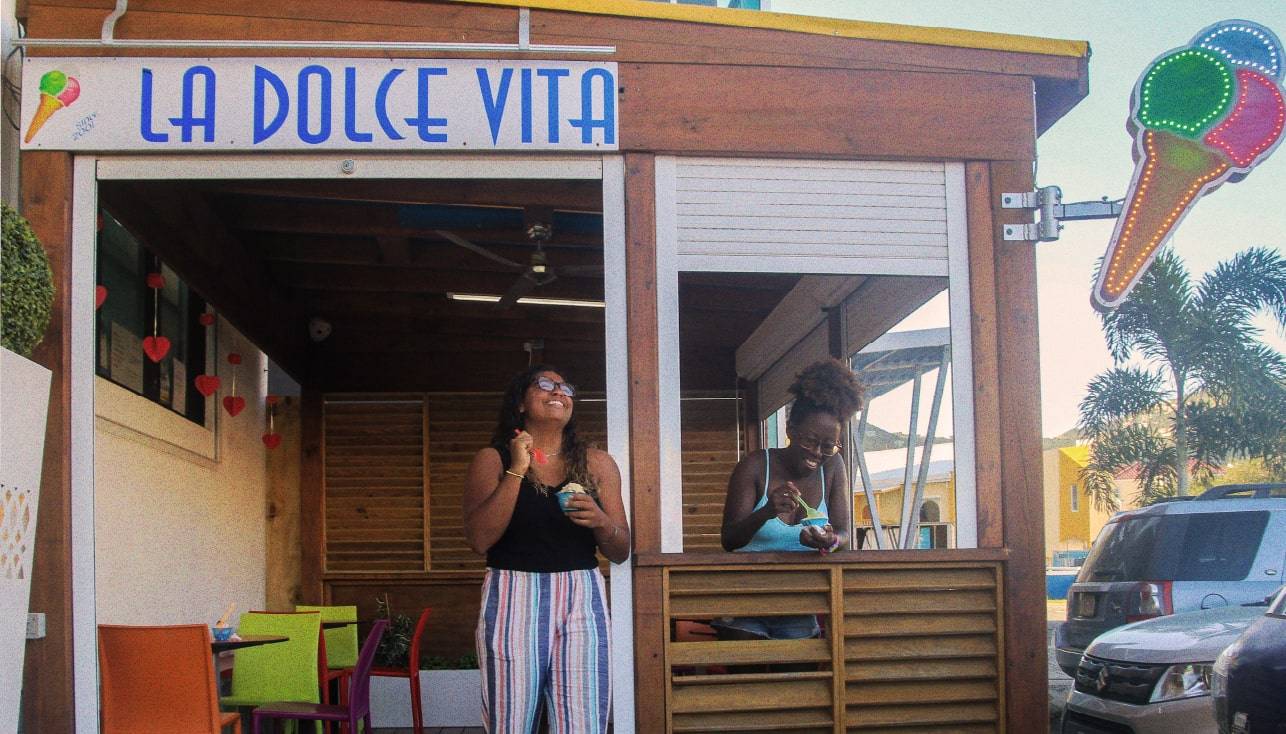 After 2 years, some businesses were only just re-opening. La Dolce Vita, the local gelateria which made its artisan gelatos on-site, opened its doors just in time for my arrival. Even the craft market located at the capital’s waterfront was still mounted as a colorful cluster of souvenir-filled shacks. Many businesses withstood this setback, and it was reassuring to experience déjà vu in a place that was near complete decimation.

Thankfully, from one end to the next, recognizable structures that existed pre-hurricane still stood their ground, with small pockets of ruinous reminders that Irma had been here. Without question, the attitude and resilience of the BVIslanders deserve full credit for that. Life goes on, and this was the new normal: rebuilding, improving, living. If you shop online with us those days, you’ll be making a difference for the ocean and environment. Meet our youngest Eidon Adventurer: Carlie Eastwood! Get inspired by this hardworking grom’s path towards becoming a pro-surfer in our latest one-on-one interview. It’s a trend you’ve probably seen on social media: the upside-down bikini top! Here’s how to steal the look.